Find Schedules by Routes or Stops

No stops or routes found near this location. Please try a different search.

The study identifies several service and management recommendations that are intended to strengthen the shuttle program’s responsiveness to changing conditions as well as support ridership recovery and growth. These include updating the evaluation and funding process, modernizing data management and rider communication tools, and simplifying management roles and responsibilities.

Need to find a shuttle? 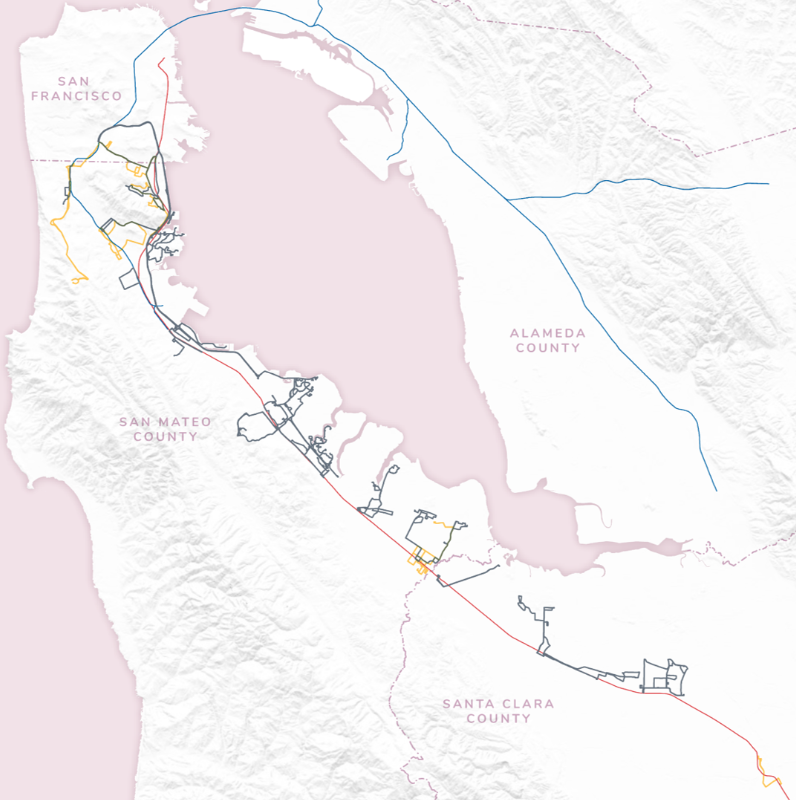 The URL of this page automatically updates to allow you to share your map center, zoom, and other state. Click the URL below to copy a link to this page without any of this information, which may be personally identifying.
https://www.caltrain.com/
All contents © 2022 San Mateo County Transit District. All rights reserved. Map data © OpenStreetMap contributors.